Bishop Memorial Chapel, the official church of the Kamehameha Schools was organized in 1908 and established a relationship with the Hawaii Conference, United Church of Christ.  Sabbath services have been officiated on our campus since day one.  The office of the Chaplain was established in 1898 and has been a reality since. 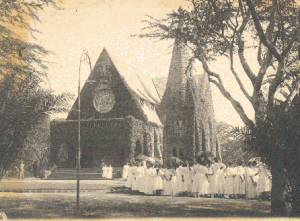 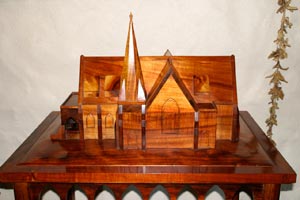 Our first Chapel building was on the grounds of what is known as Farrington High School today.  It was near the lobby of the auditorium.  It was built in 1897 by Charles Reed Bishop in honor and memory of his wife, Bernice Pauahi Bishop.

September 11, 1938. The Kamehameha ʻohana held its final church service in the Chapel. After four decades of use, the preparatory department buildings and the surrounding land were purchased by the Territory of Hawaiʻi for the Wallace R. Farrington High School.

The campus was moved in the 1930’s from the grounds of what we know as Bishop Museum into the hills of Kapālama.  We used Keʻelikōlani  Auditorium on the campus as our Chapel.  In celebration of our 100th year as a school, we built our second Bishop Memorial Chapel to allow us to reaffirm our rich Christian heritage.  In other words, Christian education and worship shall always be a part of the total learning experience here at Kamehameha Schools. 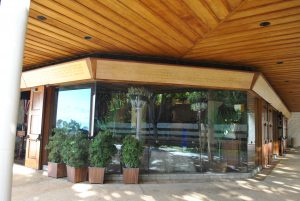 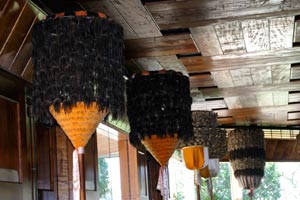 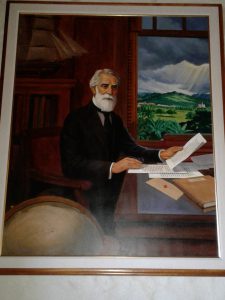